Papito Lazaro, left and his wife Olga taking a brake, after re-start creep, pulling chains with rocks, punishing themselves in honor of San Lazaro on Tuesday December 16, 2003, in Havana, Cuba. On December 17 Cubans celebrate day of San Lazaro, considered the most miraculous saint. Many people march to church El Rincon, about 30 km at center of Havana, since few days before the celebration, in the most important pilgrimage in Cuba. Several believers punishing themselves, to pay for the miraculous. (Photo/Cristobal Herrera) 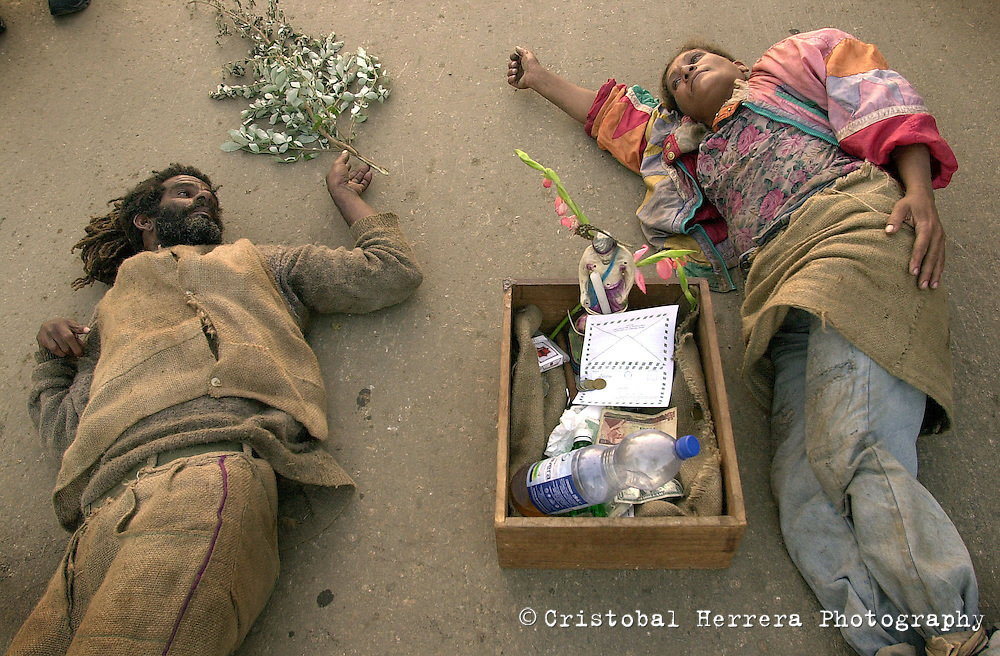